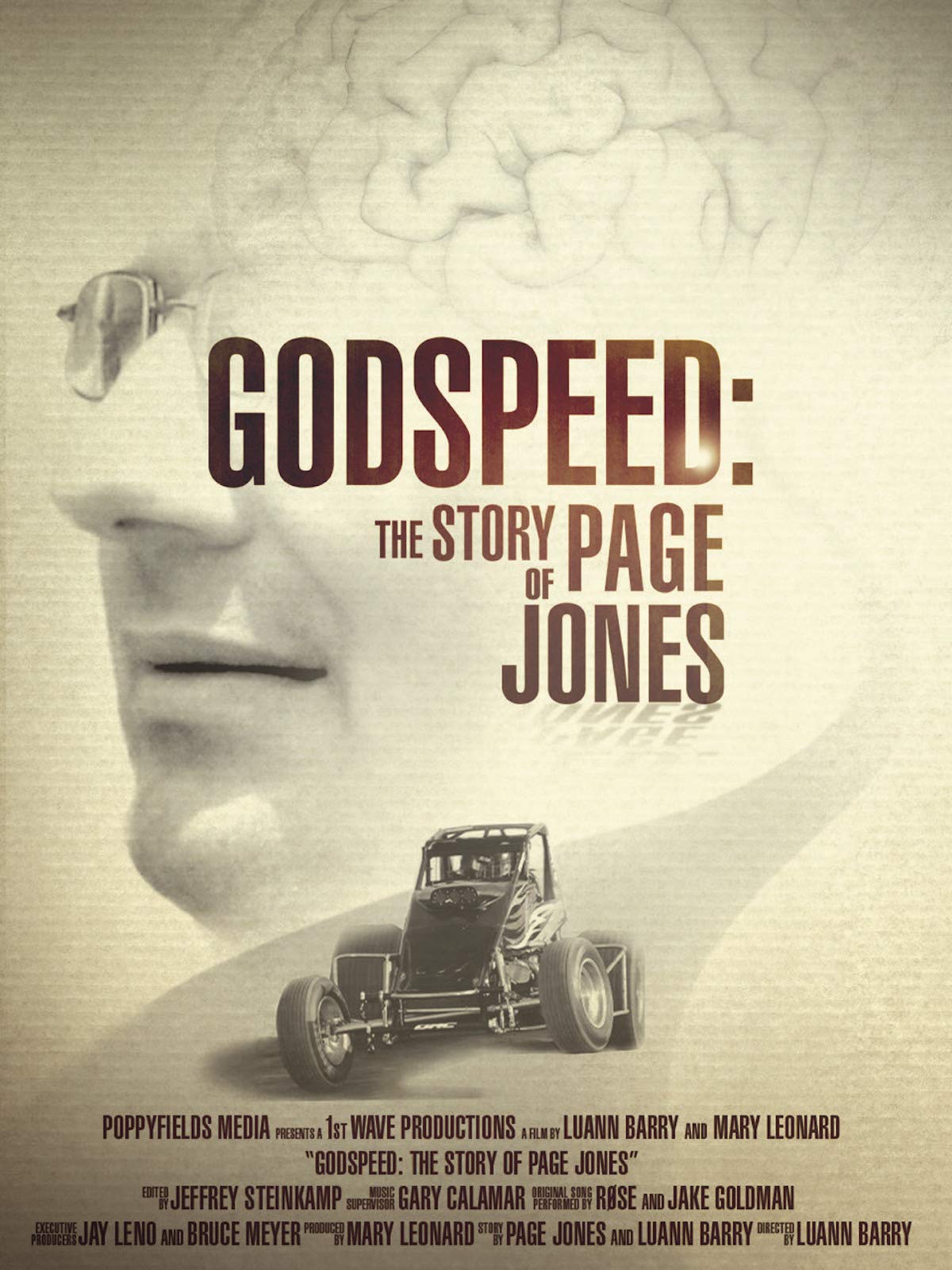 “Godspeed: The Story of Page Jones” A racecar driver’s remarkable journey and continuing recovery from a severe traumatic brain injury (#TBI).   Chronicling 21 years, Page Jones, former race car driver and son of the legendary race car driver, Parnelli Jones redefines his own victory with his inspiring story and path to recovery from a severe traumatic brain injury (T.B.I.)  Page is living proof that with love and support, quality lives are within reach.

GODSPEED: The Story of Page Jones – Personnel
Luann Barry – Director/Writer – IMDB
Luann Barry, the president and owner of 1st Wave Productions, has received recognition for her work as both producer and director. She has worked in commercial production for over twenty years, earning both CLIO and ANDY awards for excellence. As a director/writer, she was awarded two LULU Awards or work with clients HFS and Children’s’ Institute International. Her ground breaking documentary VOICE: KIDS OF DIVORCE is in post production. She is a co-founder and active member of The Women In Film PSA Program, which has produced over 55 campaigns for national and local non-profits supporting issues of women and children. Luann is a member of the Directors Guild of America and Board Member of the Hollywood Rock Academy Foundation, a non-profit “Julliard of Rock” enriching young lives through contemporary music creation and performance.

Mary Leonard – Producer – IMDB
Mary Leonard graduated from University of California, Los Angeles and pursued a career in commercial advertising and film production. Her work as a producer for companies such as Nickelodeon, Disney, Fox and ABC produced positive, quantifiable results within short time constraints. Her credits working in advertising include hundreds of corporate clients including: Levi’s 501, American Airlines, SONY, AT&T, BMW, American Express and IBM International (Solutions for a Small Planet/Subtitled) which gained national and international attention due to the logistical challenges of multiple remote international locations. She is a member of the Director’s Guild of America.